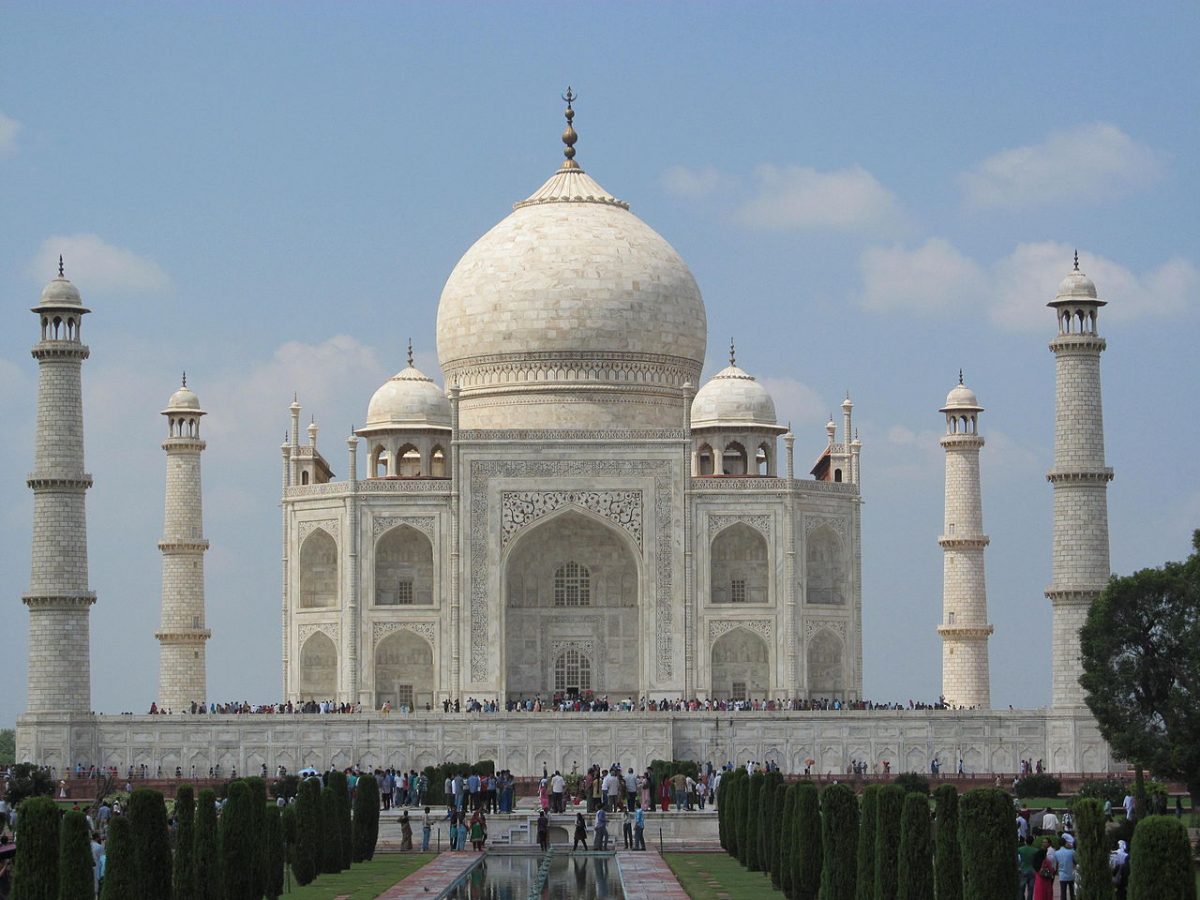 The Mughal Empire spanned 300 years and covered parts of four modern countries including India, Pakistan, Afghanistan, and Bangladesh. Established in the 1500s, the Mughal Empire reigned until 1857 when it was overthrown by the British East India Company. There was also a brief period of overthrow by another empire, but this only lasted 15 years before the Mughals were able to regain power.

The Mughal emperor, Shan Jahan, ordered the construction of the Taj Mahal for his late wife Mumtaz Mahal. It was well-documented by court historians at the time that Mumtaz was his favorite wife and adored her more than any other. Together, they had 14 children, but despite her many pregnancies, Mumtaz traveled extensively with Shan and was his trusted advisor. Unfortunately, she died young – just 37 years of age – after complications giving birth to their 14th child.  Shan was so devastated that he mourned her death for a year, refusing to see anyone but his oldest daughter. When a year had passed, he ordered the construction of the Taj Mahal.

It was completed in 1643 and is one of the most elaborate examples of Islamic architecture in the world. Characteristics of the building include jai inlay, which involves cutting and polishing stones and placing them within marble to create images. Marble lattices and a long reflecting pool are also well-known features of the monument. But perhaps the best-known attribute is the round dome. This was likely inspired by a similar tomb: the tomb of Tamerlane, emperor of the Timurid Empire. Tamerlane was an ancestor to the Mughal emperors. Emperor Shan and Mumtaz are buried side by side in stone sarcophagi in the lower levels of the building.

The Taj Mahal was chosen as one of the New 7 Wonders of the World and it’s not hard to see why. The great artistry is unlike anything else on earth. Just as the Eiffel Tower is the symbol of France, so too has the Taj Mahal become a symbol of India. Moreover, the structure stands as a testament to undying love.

How to Get There

Whether your clients are visiting friends and family or seeing India on vacation, they won’t want to miss this exquisite treasure. We’re partnered with over 90 airlines, so no matter their city of departure, we can get your clients there. As a top airfare consolidator, Sky Bird Travel has the lowest net fares to get them there. Call or email us today to begin your adventure!