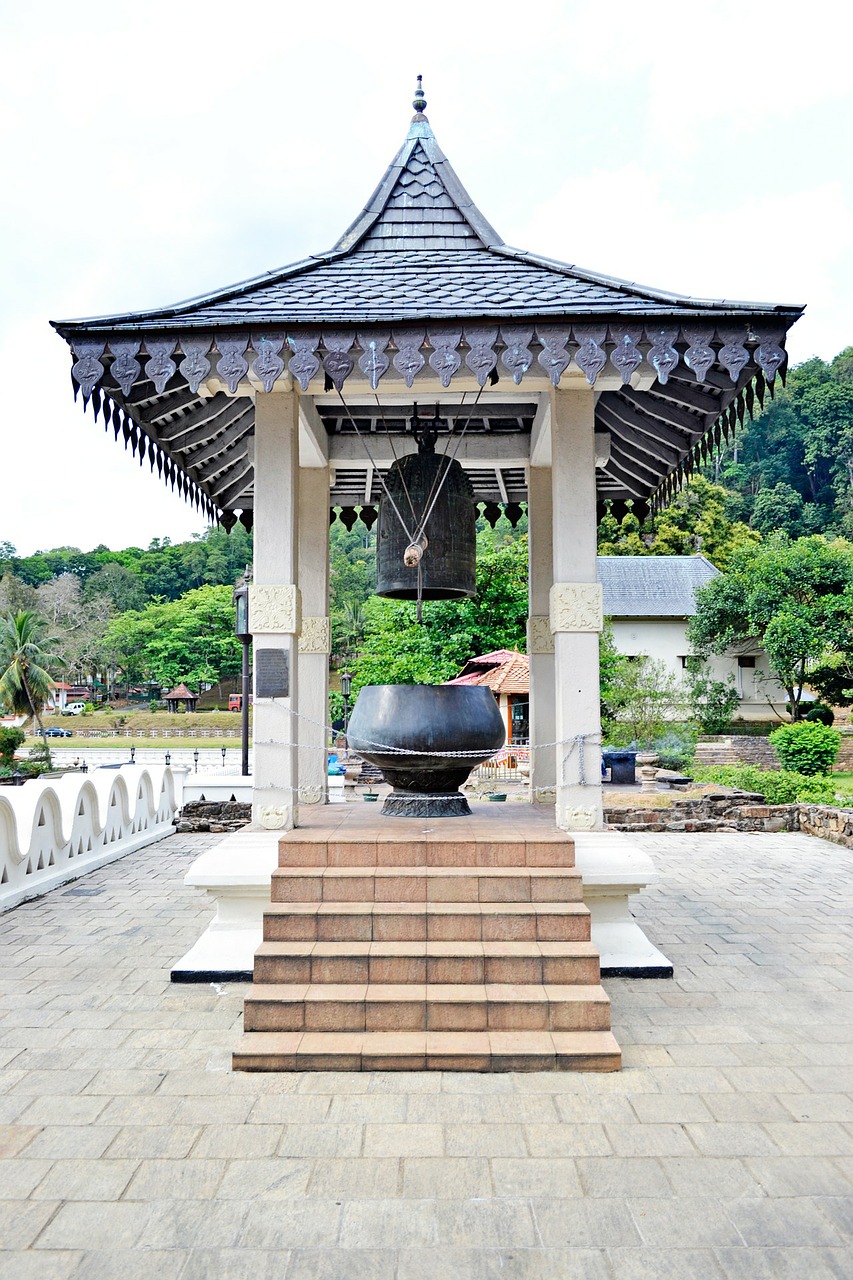 Around the World: Asokaramaya Buddhist Temple

This temple was first constructed in the 1870s to shelter disciples of Aluthgama Sangharatne who had gathered to hear his sermons. In the late 19th and early 20th century, the temple had buildings added on, including stupas. These stupas house relics of historical and religious significance. Buddhism is the main religion on the island and this place offers a look into its deeply rooted history without the large crowds.

Buddhism first came to Sri Lanka in the 3rd century BCE. From the 5th – 11th centuries, the religion flourished. However, in the 11th century, warfare with neighboring kingdoms caused the rapid decline of followers and it nearly died out until Burmese monks arrived with texts to rekindle Buddhism and ordain more monks.

From the 16th century onward, Christian missionaries from Europe have tried to convert citizens to Christianity. However, in the 19th century a Buddhist revival became the unexpected outcome of their proselytizing. Some Europeans even converted to Buddhism at the result of the movement.

Today, Buddhism remains the dominant religion of the island nation with over 70% of citizens following Buddhism. There are currently over 6,000 monasteries and 15,000 monks currently. Interestingly, Sri Lanka is the site of a large number of ordinations for women wishing to become Buddhist nuns.

In 1873, the monk Aluthgama Sangharatne came to a nearby hermitage, or religious settlement. Aluthgama sought alms, or offerings, from the villagers and in return he lectured and gave sermons on Buddhism. A wealthy resident of the nearby village was impressed with him and decided to become is benefactor.

Originally, a small hall was constructed so that sermons could be conducted indoors. However, the monk began to draw larger and larger crowds and so expansions were undertaken, including living space for more monks to reside within the temple.

How to Get There:
Asokaramaya Temple is only 13 minutes south of central Colombo by car. Walking the 5.3 km is also an option and takes about an hour.  For flying to Sri Lanka, we’re partnered with over 90 airlines, so no matter their city of departure, we can get your clients there. As a top airfare consolidator, Sky Bird Travel has the lowest net fares to Sri Lanka. Call or email us today to get started!