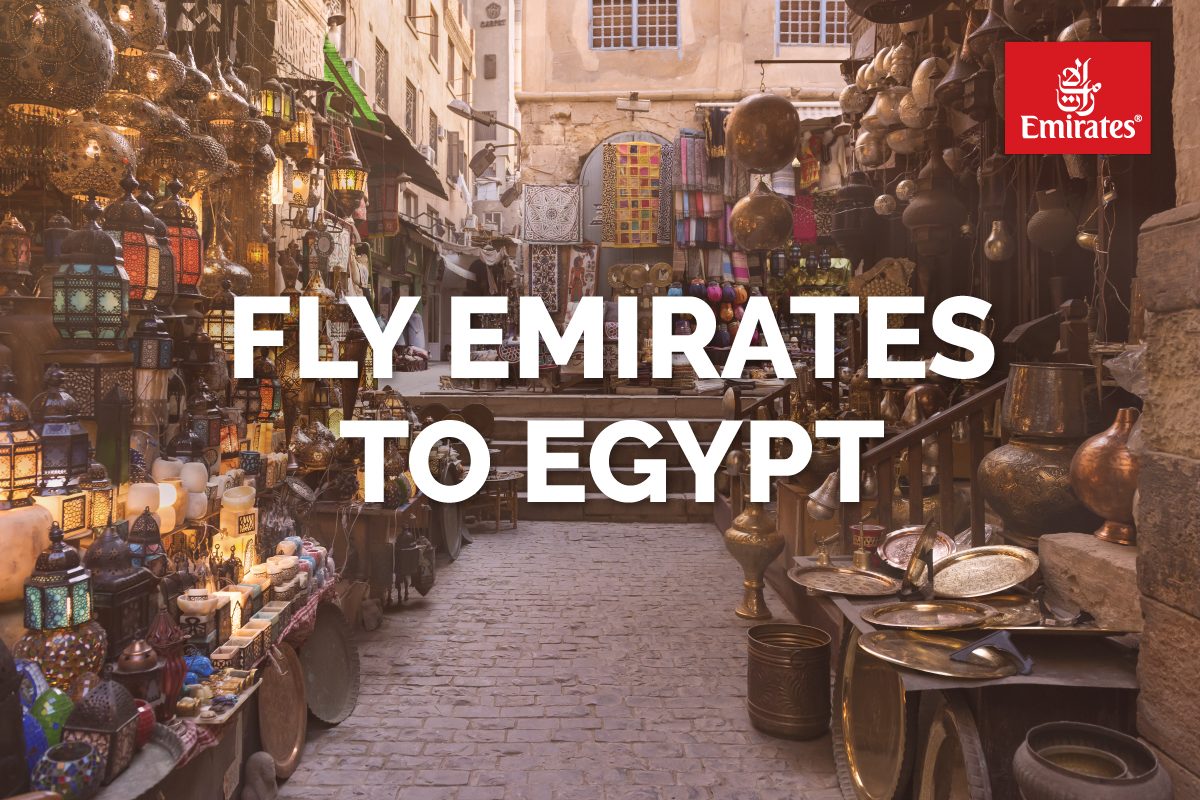 There is a palpable sensation to taking your first steps in Cairo, Egypt. The ground beneath you is drenched in some of the world’s earliest history. There are – undoubtedly – undiscovered artifacts and unsolved mysteries buried under your feet. Cairo is one of the world’s oldest ancient civilizations and there is fascination around every corner. The chances of unearthing something yet-to-be-discovered are probably higher here than anywhere else, but, in the meantime, here are some already discovered attractions to enjoy:

When people talk about wanting to see the pyramids at least once in their lifetime, these are the pyramids they are talking about. The Giza Pyramid Complex is located on the west side of the Nile, about 15 miles southwest from Cairo. Getting there can be arranged via private transfer, bus, or Uber (yes, Uber exists in Egypt and is recommended over expensive taxi services).

Neither previously viewed photos or films can prepare one for the breathtaking sight of these magnificent structures, still standing powerfully in the skyline since 2580 B.C. The tallest of the three, the Great Pyramid of Giza, is the last surviving of the Seven Wonders of the Ancient World. It outlasted Turkey’s Mausoleum at Halicarnassus by over 500 years. The other two pyramids are the Pyramid of Khafre (tomb of the Fourth Dynasty Pharaoh Khafre who is believed to be the face of the Sphinx in the same complex) and the Pyramid of Menkaure (the smallest of the pyramids and believed to be the tomb of Pharaoh Menkaure).

A large sum of Egypt’s tourism is credited to the old mosques peppered throughout Cairo. A few of the most popular are located within three miles from one another. It is possible to create a self-guided walking tour that includes the Great Mosque of Mohammed Ali, the Ibn Tulun Mosque, and the Al-Azhar Mosque. Whether explorers want to get coffee at the Fishawi Coffeehouse (in business since 1773 and located across from Al-Azhar Mosque) before, after, or between mosque admirations is up to them.

A few steps north of the Al-Azhar Mosque in Egypt’s can’t-miss bazaar. The Khan el-Khalili Market is one of the largest bazaars in the Middle East and is packed with traditional items crafted by Egyptian artisans. This is the place you’ll find the most authentic souvenirs and experience the true energy of an Arabic marketplace. If your clients really love to shop, consider dedicating a day in their itinerary to exploring the Khan el-Khalili Market. Between hundreds of shops and booths vending everything from clothing to stained glass lamps are scads of coffeehouses (including the Fishawi Coffeehouse mentioned in the paragraph above). One could easily spend a whole day here.

Walking is a very convenient way to get around Cairo, as it is crowded with the hustle and bustle that comes with being the largest city in the Arab world. The roads are littered with bottleneck traffic and walking is a free and easy way to avoid jams. That being said, walk when you can (it is a superior way to get the feel of the city under your feet) and, when the distance is an issue, take the metro.

Egypt is praised as one of the world’s most fascinating destinations and Emirates has flights to Cairo at exclusive prices for those who book through Sky Bird’s WINGS booking engine. Connect clients to the wonders of the ancient world on a world-class aircraft by booking their seats on Emirates today!